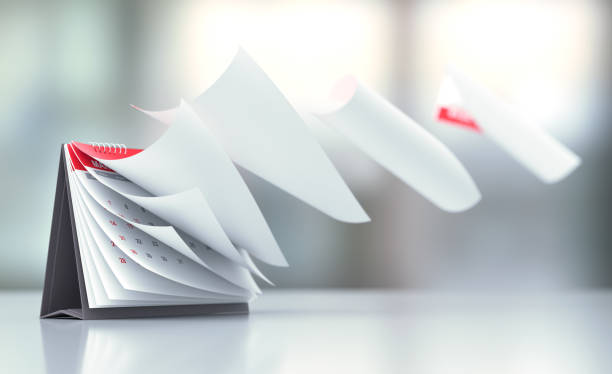 We are in the Shortening of Days

I believe we have entered the shortening of days; I have recently concluded and have been teaching for my last three newsletters that the shortening of days is the days of the Great Tribulation. I have also concluded that the beginning of the Great Tribulation starts with the opening of the 6th seal.  My teachings build on one another. It may seem that I am a bit repetitive but without the teachings from past newsletters, what I am teaching in this newsletter could be hard to understand. My past newsletter are posted on my site, www.tribulationtruth.com the Newsletter dated 5-08-2019 is my longest that contains my four most important studies from the last eight months.

I believe the clue that will confirm that I am right about our entering the Great Tribulation but without the pain of it, will be war in the Middle East. Specifically the Psalms 83 War with the destruction of Damascus. If this event happens this will be one of many dominoes that will fall in rapid succession. I will be covering a possible order of event later in this newsletter.

The Second key scripture is found in the Book of Revelation. The importance of this verse below is that the number surviving to make it to the rapture has gone from almost none surviving to a number that cannot be counted. Again I believe the words, “a great multitude which could not be counted”, is another exaggeration to make a point. I will explain why I see this as an exaggeration below after I write out this key verse from Revelation 7:9,13,14.

Revelation 7:9,13,14, “After these things I looked and behold a great multitude which could not be counted, of all nations, tribes, peoples and tongues standing before the throne and before the Lamb, clothed with white robes, with palm branches in their hands.” “Then one of the elders answered, saying to me. “Who are these arrayed in white robes and where did they come from?” And I said to him, “Sir you know.” So he said to me, “These are the ones who come out of the great tribulation, and washed their robes and made them white in the blood of the Lamb.”

The reason I see this as an exaggeration is because there is no number that God cannot count. The Bible says that God knows the number of hairs on our head. I believe I can illustrate why there can be millions that show up at the throne and it would seem to be impossible to count them.

When you have such large numbers of people showing up at one location the crowd is large and spread out and impossible to count unless you are God. I will further illustrate this point below when I illustrate how many I believe could be showing up at the throne when the war on the saints is over and the rapture brings the Saints to the Throne of God.

This brings me to the important point that I am making in this study. “How much time must be shortened from the great tribulation to go from no one surviving to a number showing up at the throne that is so large that they cannot be counted?”

I will illustrate this by sharing my thoughts on the Holocaust in Germany in WW2. During WW2 Hitler had plans to kill and destroy the Jewish race from off the earth. What I call Hitler’s Holocaust of the Jews, some Christians and other undesirables lasted about seven years. During this seven years around seven million Jews, plus or minus were killed. That would be an average of about a million a year.

The point I am making is that if you could have shortened the seven years of Hitler’s holocaust on the front end it would have saved a great number on the back end of this seven year holocaust. When the seven years began and the Germans started rounding up the Jews, the infrastructure of death was not fully in place yet. The Jews were not skin and bones yet either. During the front end of the Holocaust the Jews were put to work in building the concentration camps, the gas chambers and the crematoriums.

By the time the holocaust reached the end of the seven years the entire infrastructure of death was in place. Many were now dying from starvation and the maximum number was being put to death with the instruments of death completed. You may have had only hundreds and a few thousand Jews dying a month on the front end of those seven years and then 10’S of thousands being killed a month on the back end of the seven year Holocaust.  Any shortening on the front end would have saved a maximum number of Jews on the back end.

I will now illustrate how the shortening of days of the anti-christ holocaust will allow the numbers to go from almost none surviving until the rapture to a number that is so large you cannot count them.

In the coming holocaust of the anti-christ that will only last half the time of Hitler’s holocaust, how many Christians will the anti-Christ attempt to destroy? A question that we need some sort of answer to is, “How many Christians will fall under the system of the anti-christ? Whatever this number is, how many will refuse the Mark of the Beast and be willing to be martyrs for Jesus Christ?

How many Christians are on the earth? I did some google searches and the numbers and facts surprised me. Of the world’s seven billion population they estimate that about 30 % are Christians. That is about two billion Christians worldwide. An interesting fact was that 160,000 Christians are martyred  each year. Now we know that most who call themselves Christians are not truly living for Christ. In the story of the 10 virgins Jesus told half that He didn’t know them and they were told to depart from Him.

Now let’s factor in what I explained about Hitler’s holocaust. When the great Tribulation begins the instruments of death will not be up to full speed. If just under 5 million Christians must die per month, and this average will be greatly reduced on the front end, I don’t think it would be unreasonable to say that twice the average of 5 million will be dying on the back end of the 42 month War on the Saints.

Now this is where it becomes clear to me, how many can be saved by shortening the number of months of the Great Tribulation on the front end and reducing the number martyred on the back end.  If twice the number of the average of 5 million would be spared for each month of the 42 months of the War on the Saints that is shortened according to what Jesus said in Matthew 24.

Then for each month of the 42 months that is shortened you would have 10 million Christians making it to the rapture without dying a martyr’s death in the holocaust of the Anti-christ.

I know that we cannot set dates for the Lords return but God wrote his calendar in the heavens and I will stand my ground for the reasons I have taught in my study called the convergence that we are in the year when the dominos will begin to fall. I will tell you that I don’t know how long God will choose to shorten the Great Tribulation, It could be for a year but I doubt it. Jesus said unless those days were shortened, not years, no one would survive.

If 100 days of the 42 months of the War on the Saints were shortened, I believe between 15 to 30 million Christians would make it to the rapture and would be the number that the elder said,

Revelation 7:9,13,14, “After these things I looked and behold a great multitude which could not be counted, of all nations, tribes, peoples and tongues standing before the throne and before the Lamb,”

When I was sharing this study with my friend Jeff Byerly , I told him that I felt that shortening the Great Tribulation by 100 days would fulfill this scripture on the shortening of the days of the Great Tribulation.  I asked him that if he was to hear of a confirmation to this for him to let me know. The next morning I turned on the 700 Club and I believe the story I heard was my confirmation.

What I wanted to know was, “Could shortening the Great Tribulation by 100 days spare the lives of enough Christians to create such a large group of Christians showing up at the Throne of God at the Rapture that you could not count them?”

On the 700 Club that next morning they were covering the story of what happened in Rwanda in 1994. There was an ethnic war going on where one ethnic group wanted to wipe out the other ethnic group living in Rwanda.

I did a google search on Rwanda to check my facts and what I spotted shook me to the core. If this really is a confirmation that we have entered a 100 day period of the shortening of the Great Tribulation, then what I saw was unbelievable. I believe the shortening of days started at the end of March. This would mean that the 100 days would be the months of April, May, and June and into July. The Rwanda massacre started in the first week of April and ran until the middle of July.

I cannot say that God spoke this study to me as a prophet; I see this from scripture as a prophetic teacher. Will it happen as I am spelling it all out? We will have to watch and see. I believe world events have lined up as needed to bring this to pass. The events of the coming days and weeks, maybe months will tell the real story.

6 thoughts on “We are in the Shortening of Days…But how Short? – John Shorey”